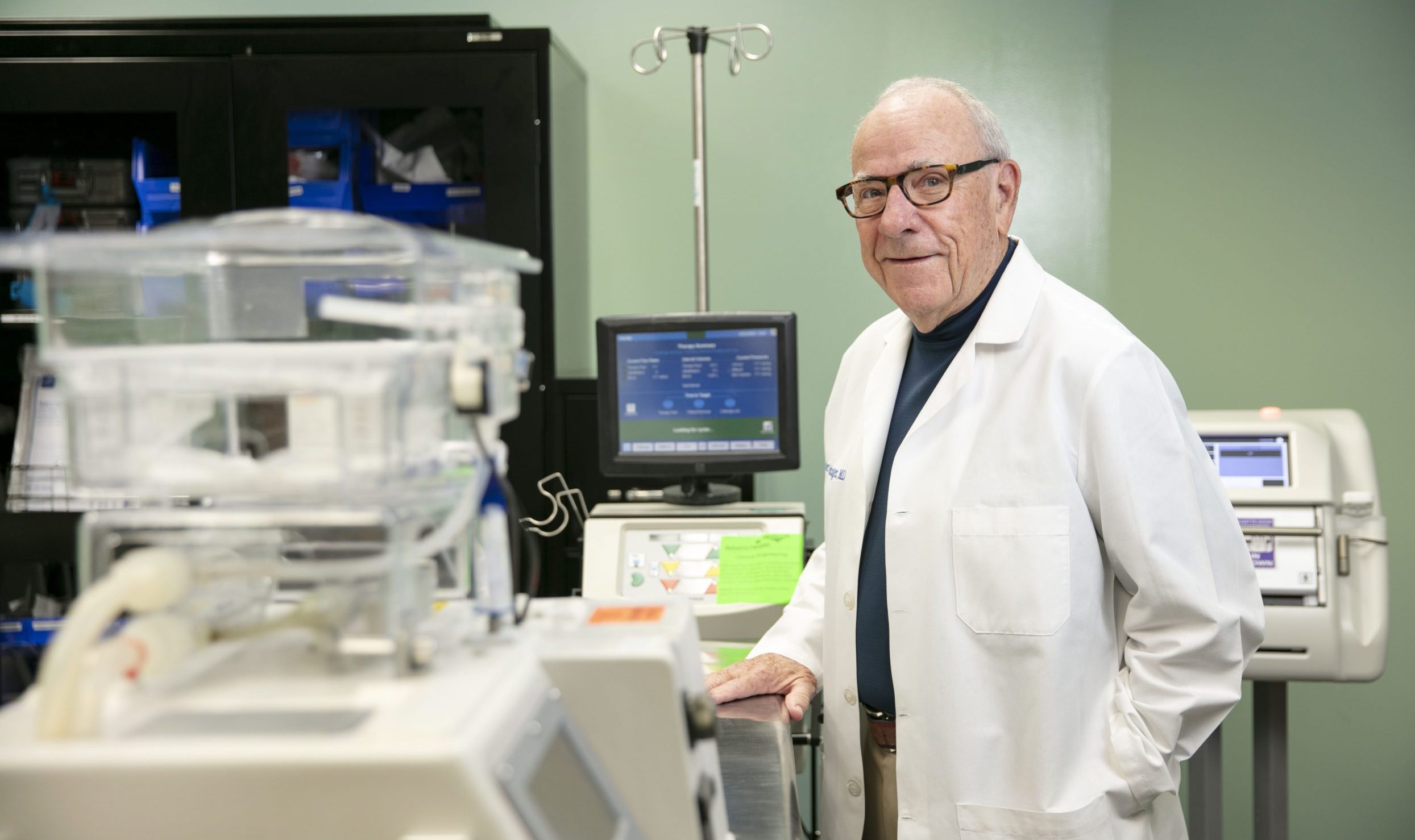 Saving Lives One Kidney at a Time

When I started my medical career in nephrology in the late 1960s, the best treatment we could offer patients with end-stage kidney disease was dialysis, a life-prolonging procedure that takes its toll on the body and can result in premature death. As luck would have it, the timing of my medical career coincided perfectly with the early days of kidney transplant exploration, which allowed me to grow as a physician right alongside these clinical advancements. I am honored to have played a role in establishing a program at one of the nation’s first community hospitals to offer kidney transplant surgery. This lifesaving procedure once required special approval by hospital administration, but is now a standard of care, and in 2020 alone, my colleagues and I at AdventHealth Orlando collectively performed 180 kidney transplants.

As a medical student at the Creighton University School of Medicine in Nebraska, I was assigned a 16-year-old patient who had rapidly developed kidney failure. One of the only kidney transplant surgeons at the time resided in Colorado, and we tried everything we could to transfer this patient to him, but ultimately weren’t successful. As I sat with this boy’s parents and watched him pass, I decided I was going to learn as much about kidney disease as I possibly could in an effort to prevent such heartbreaking loss.

After completing a kidney disease fellowship at the University of New Mexico, I entered the U.S. Air Force and started duty at Wilford Hall USAF Medical Center in San Antonio, Texas, which had one of the few kidney transplant programs in the country at that time.

Two years later, I was honorably discharged and accepted a position at the University of Miami where a chance meeting eventually led me to AdventHealth Orlando’s first successful kidney transplant patient. Her name? Rochelle.

While serving as director for a kidney dialysis physician training program, I met Dr. John Fleming, an internist from Florida Hospital (now AdventHealth). He had a teenage patient on dialysis in Orlando named Rochelle, and while he had some experience in nephrology, he wanted to learn more to better care for her.

Soon after he completed the training, Dr. Fleming invited my family to spend the weekend with him and visit Walt Disney World, which had just opened. My wife and I fell in love with the area and decided to move to Orlando where I established my nephrology practice in 1972.

I began taking consults at what is now AdventHealth Orlando and started a small dialysis unit where Dr. Fleming’s patient Rochelle, became one of my first patients. I also met Dr. Don Jablonski, a urologist who had recently moved to town after serving as a transplant surgeon in Michigan. Together, we learned that Rochelle had a brother who was willing to donate a kidney, and after tissue testing, we determined he was compatible. We approached Don Welch, the hospital’s administrator, who approved us to perform the hospital’s first kidney transplant in January 1973, which was successful and gave Rochelle a new lease on life.

A few months later in July, the federal government launched the end-stage renal disease program under Medicare which helped increase access to life-saving kidney care for patients under age 65. Health care institutions that had performed a kidney transplant prior to this new legislation were automatically grandfathered in as a transplant center. We had already performed five at what would one day become AdventHealth Orlando, and thus AdventHealth’s kidney transplant program was officially born, becoming one of the first community hospitals in the country to offer this life-saving surgery.

The Growth of Kidney Transplantation

In the 1980s and 1990s, numerous medical advancements helped improve the safety and effectiveness of kidney transplantation, including innovations in tissue typing, organ preservation and immunosuppressive drugs to decrease rejection.

Another important development, and one I worked hard on, involved improving the organ procurement process.

In the early days of kidney transplantation, one of our greatest challenges involved identifying and securing donor kidneys. As transplant physicians, we were typically responsible for finding organs on our own. I frequently made rounds in the intensive care units at nearby hospitals to let them know we were interested if they had someone who might be a donor candidate. Fortunately, the National Organ Transplant Act passed in 1984, which established the Organ Procurement and Transplant Network (OPTN). This new network began providing a national system for organ recovery and allocation, alleviating transplant physicians from this difficult task. The nonprofit United Network for Organ Sharing (UNOS) received the federal contract to operate OPTN and has maintained that responsibility ever since.

In the mid-1980s, there were four Florida transplant centers located in Orlando, Tampa, Gainesville and Miami, and each center assumed counties of responsibility. I became the founding medical director of TransLife (now OurLegacy), Central Florida’s organ procurement organization assigned by OPTN/UNOS to recover organs from the hospitals in 10 counties of east Central Florida. This new system improved access, especially with deceased donor transplantation, enabling physicians to help more patients in need.

Despite the ever-increasing need for transplants, there were still a lot of kidneys discarded, and as a result, patients dying each day. I felt passionate about addressing issues and regulations related to organ procurement and allocation and became involved in both the Association of Organ Procurement Organizations (AOPO) and OPTN/UNOS, focusing on increasing organ donation nationally.

In 2002, as chair of the organ availability committee of OPTN/UNOS, I led the establishment of the expanded criteria donor (ECD) allocation system that allowed us to procure kidneys for higher-risk patients who are lower on the transplant list from any donor over the age of 60, or a donor over the age of 50 with two of the following: a history of high blood pressure, a creatinine greater than or equal to 1.5, or death resulting from a stroke. This enabled us to salvage additional donor kidneys for patients who weren’t expected to live long enough to make it to the top of the list. Our data demonstrated that transplanting these patients provided extra years of life as well as a better quality of life than dialysis alone.

In 2004, I was elected president of OPTN/UNOS and participated in the development of allocation policies for all organs.

The Kidney Donor Profile Index (KDPI) eventually replaced ECD, which combines a variety of donor factors into a single number that summarizes the likelihood of graft failure after deceased donor kidney transplant. The KDPI indicates how long a deceased donor kidney is expected to function relative to all the kidneys recovered in the U.S. during the last year. Lower KDPI scores are associated with longer estimated function, while higher KDPI scores are associated with shorter estimated function. Through the subsequent years, I continued to work through UNOS to ensure that kidneys with a KDPI index of 85% or greater remain available to higher-risk patients who are lower on the transplant list.

Kidney Transplantation Today and in the Future

Today, thanks to continuous innovation and improvement in our transplantation processes, more and more patients are able to receive the gift of life. Since 1988, more than 515,000 kidneys have been transplanted in the U.S., including over 28,500 in Florida and more than 4,000 at AdventHealth Orlando. In 2020 alone, AdventHealth Orlando performed 180 kidney transplants, even during the global pandemic. While these numbers are certainly impressive, the need remains great, and there is still work to do.

Within the transplant community, our primary goal is to get the right organ to the right patient at the right time. A living donor kidney provides the best transplant option, as they yield better patient outcomes and typically function more effectively. On average, living donor kidneys function almost twice as long as kidneys from deceased donors. Because of this, more living organ donors are needed to increase access to transplantation.

In addition, UNOS is leading an exciting new data-driven development called continuous distribution, in which several AdventHealth staff members are actively involved serving on UNOS committees that will review the implementation of the system. This process provides a more equitable and flexible approach to allocating organs, including kidneys, creating a better use of the limited supply of organs. Continuous distribution leverages big data analytics to consider multiple factors, instead of only evaluating limited categories, such as blood type and location. This new framework will help ensure that no single factor determines a patient’s priority on the waiting list.

As I retire and reflect on the last 60 years, I believe we are in the midst of another exciting era for transplant medicine, and I can’t wait to see where it will take us. I remain proud of all we have accomplished so far. However, my greatest reward will always be the individual patients I was privileged to serve and the renewed, better lives we were able to give them through the gift of transplantation.

The AdventHealth and OurLegacy team invite you to share your well wishes as part of a retirement gift for Dr. Metzger. Click here to submit.

AdventHealth Orlando and OurLegacy are Platinum Circle Professional Partner Organizations of The Alliance.

Corey Bryant
Corey is an award-winning communications professional, having served in diverse communications and public relations roles for Disney Parks and Resorts, Disney Cruise Line and TransLife (now OurLegacy), the OPO serving East Central Florida. He has also been an active board member of Donate Life Florida, having served as state team leader for Driver License Outreach. Corey is an alum of The University of Alabama and serves on the board of directors for Come Out With Pride Orlando as well as Five Horizons Health Services, a not-for-profit organization providing access to progressive HIV prevention and LGBT+ focused healthcare in rural Alabama. 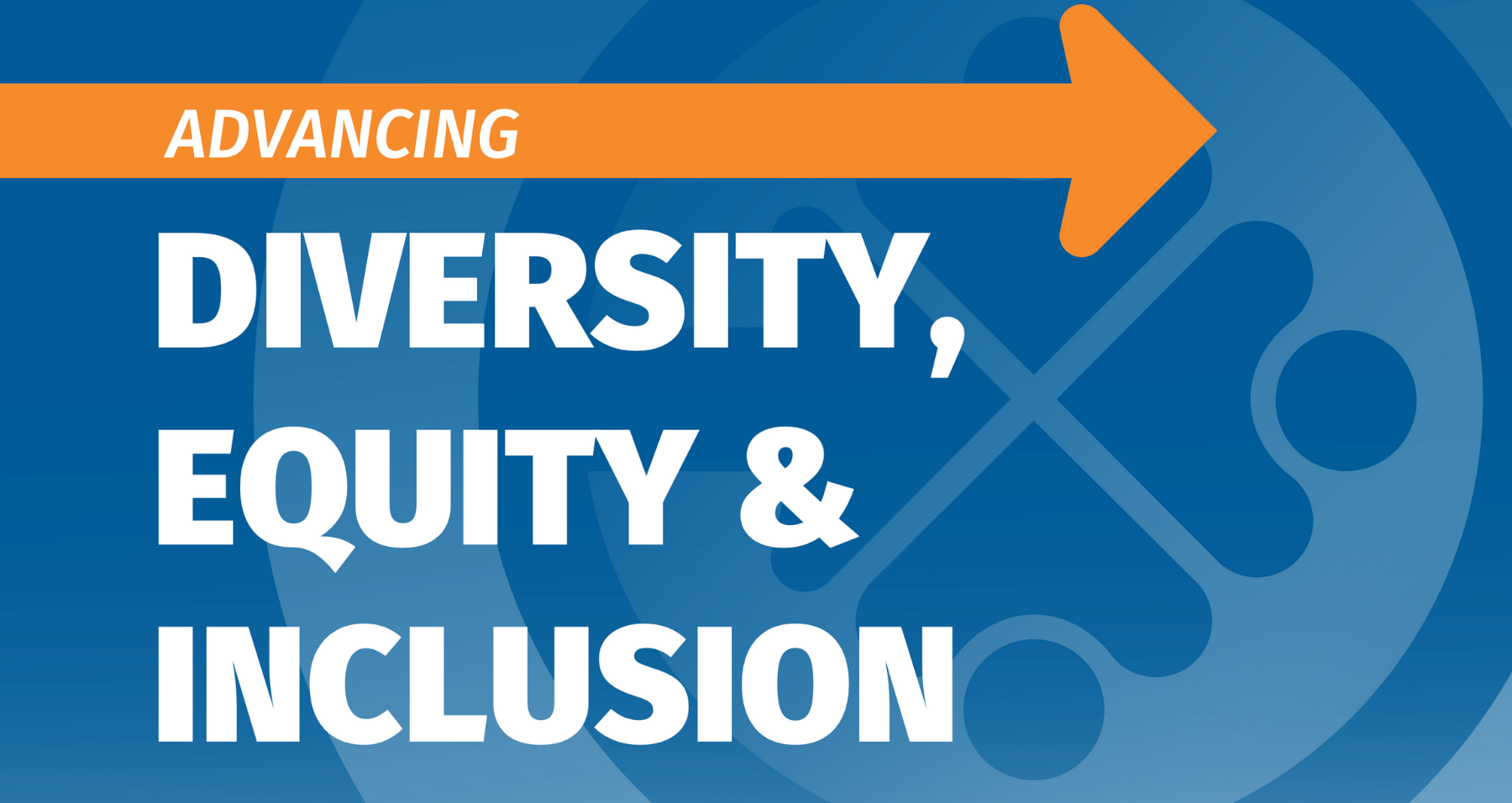 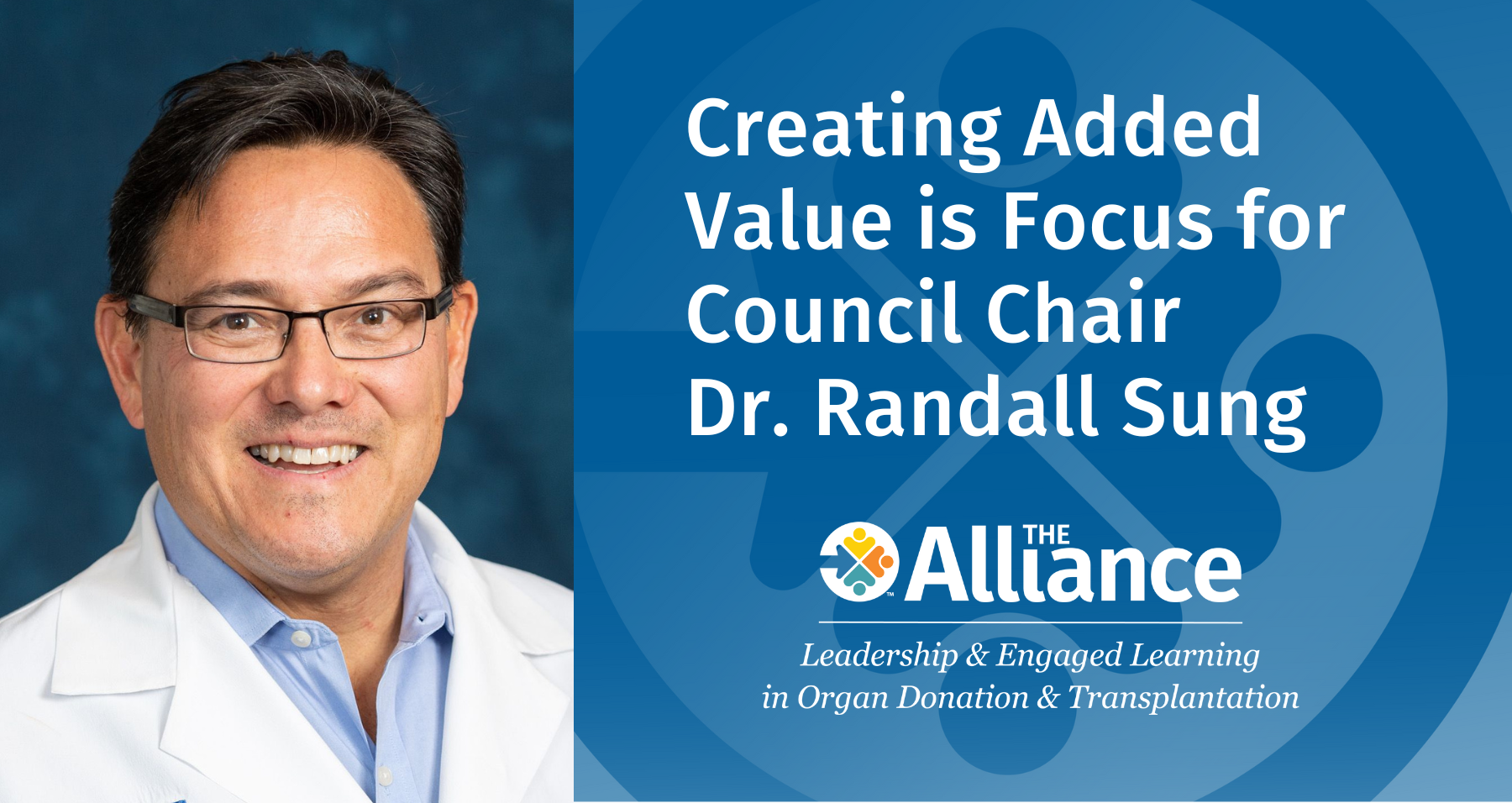 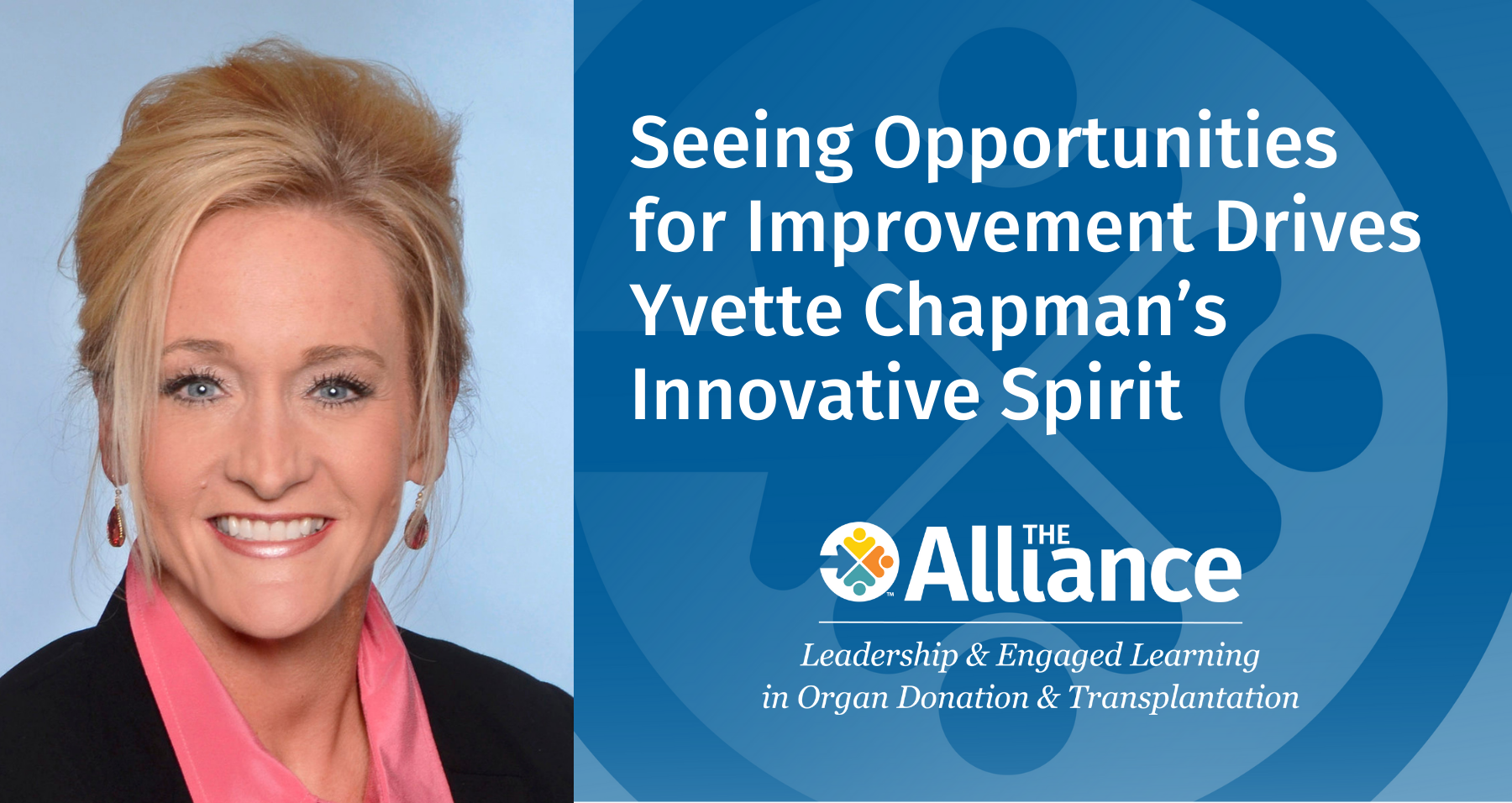 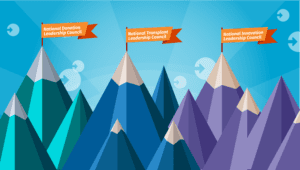 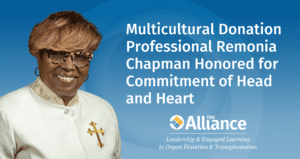 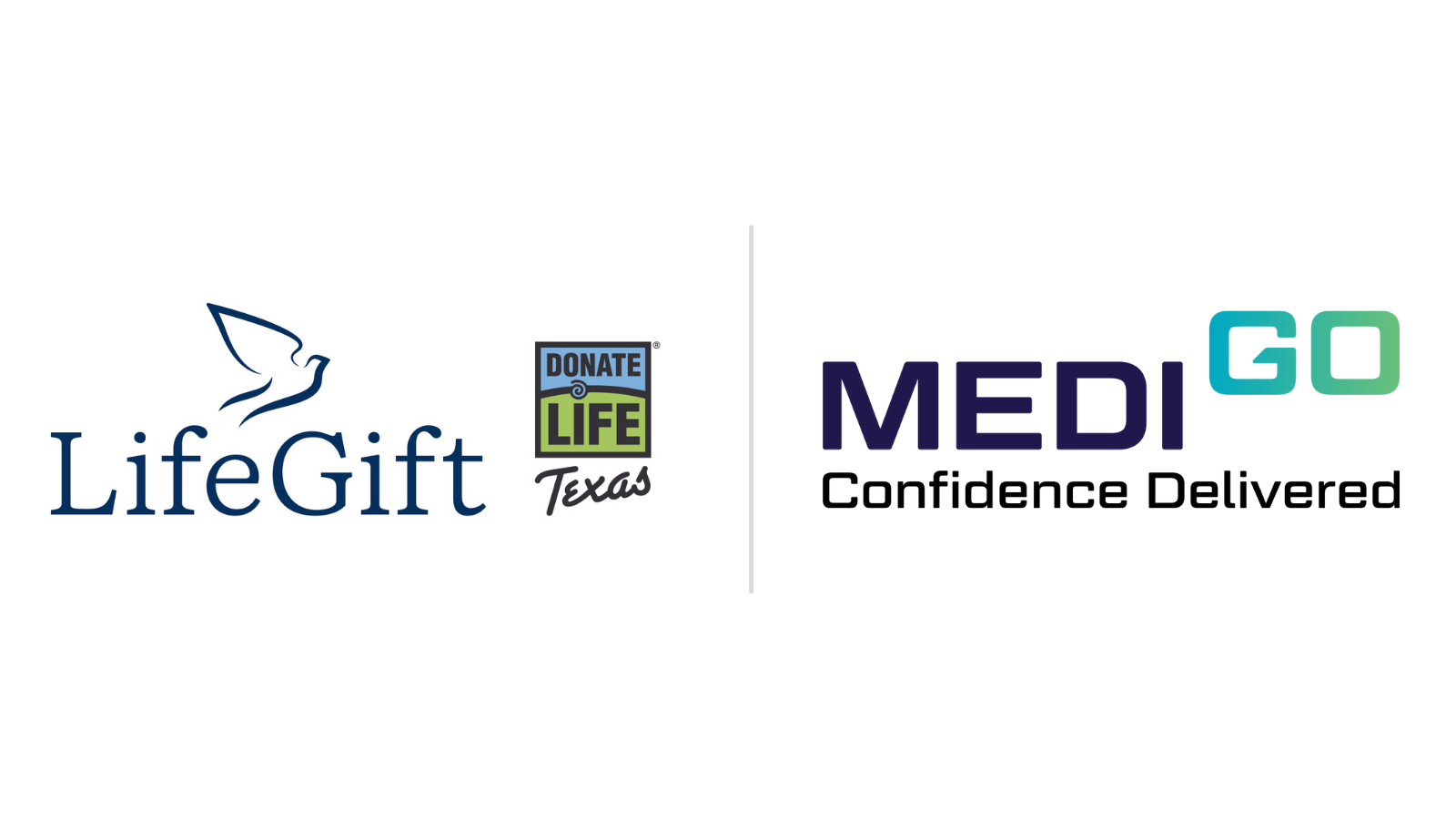 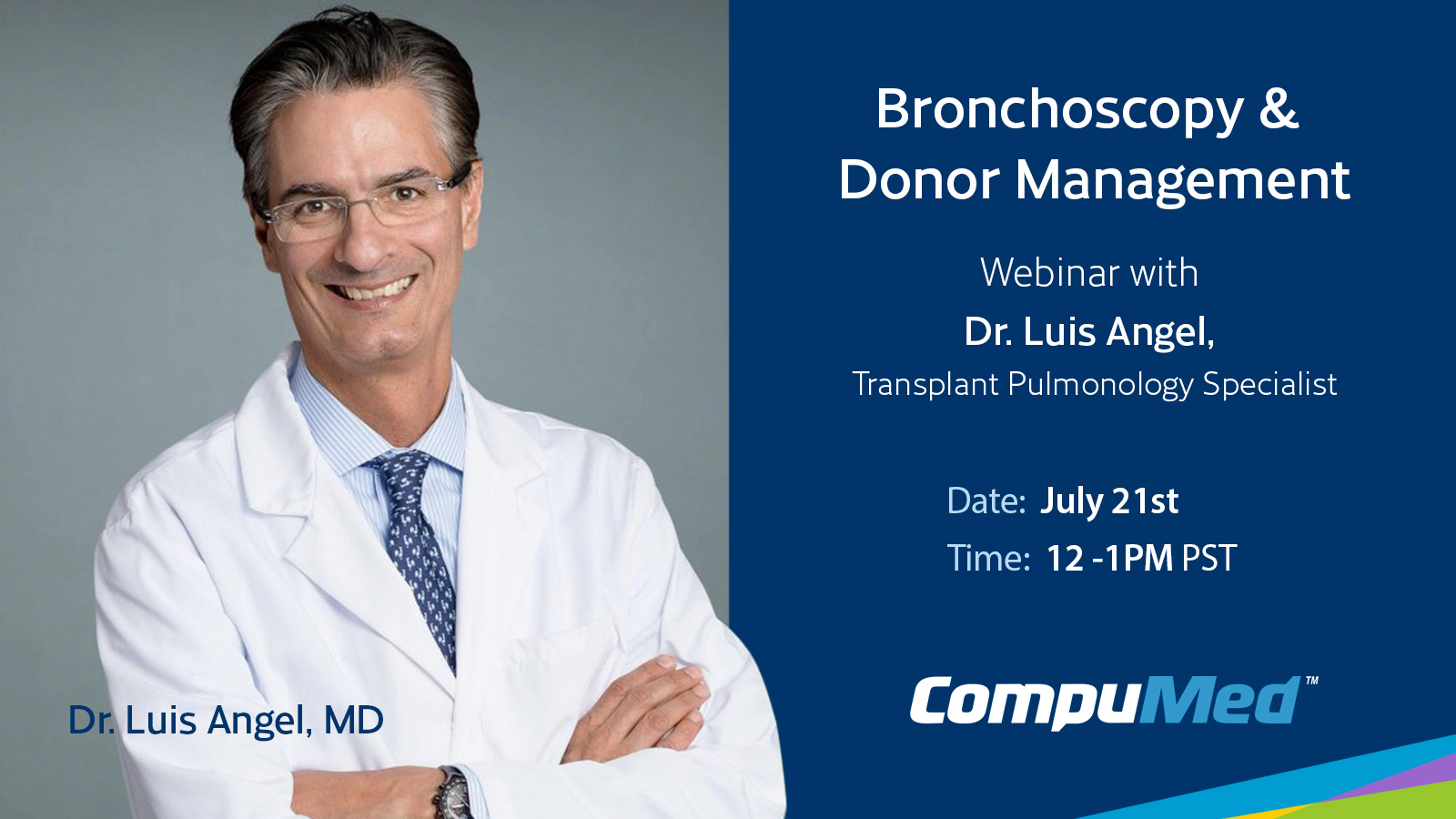 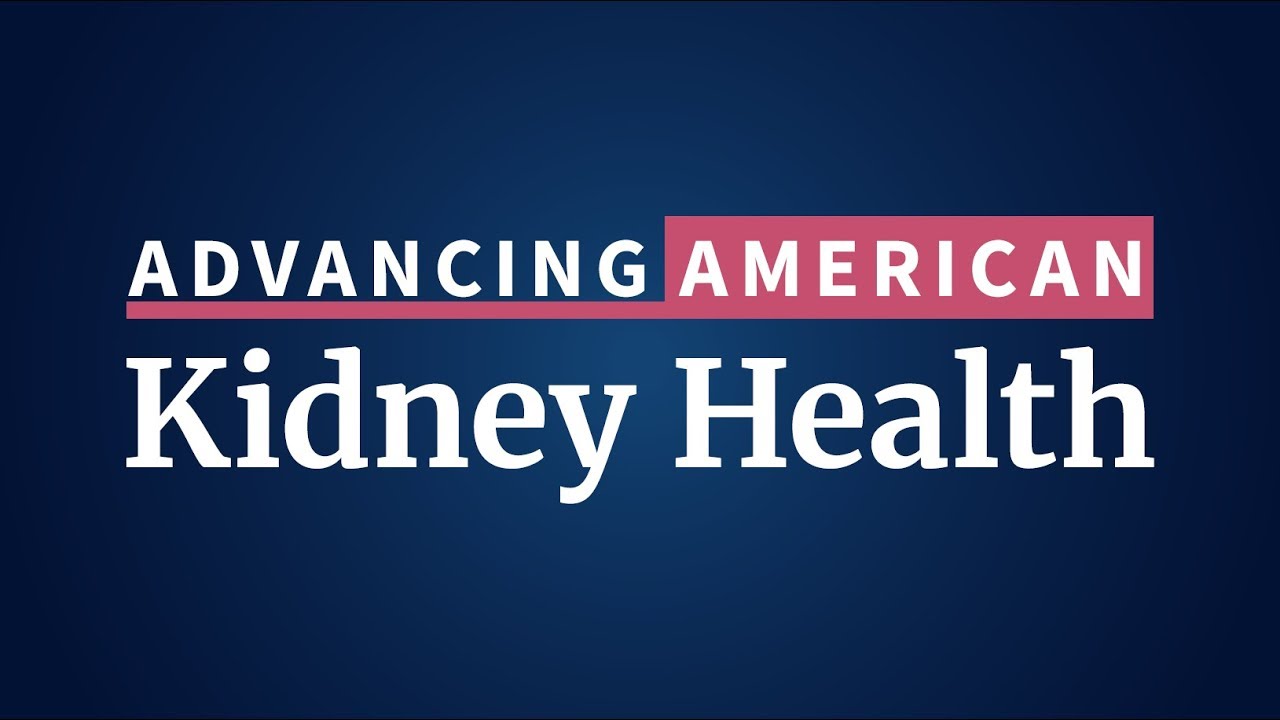 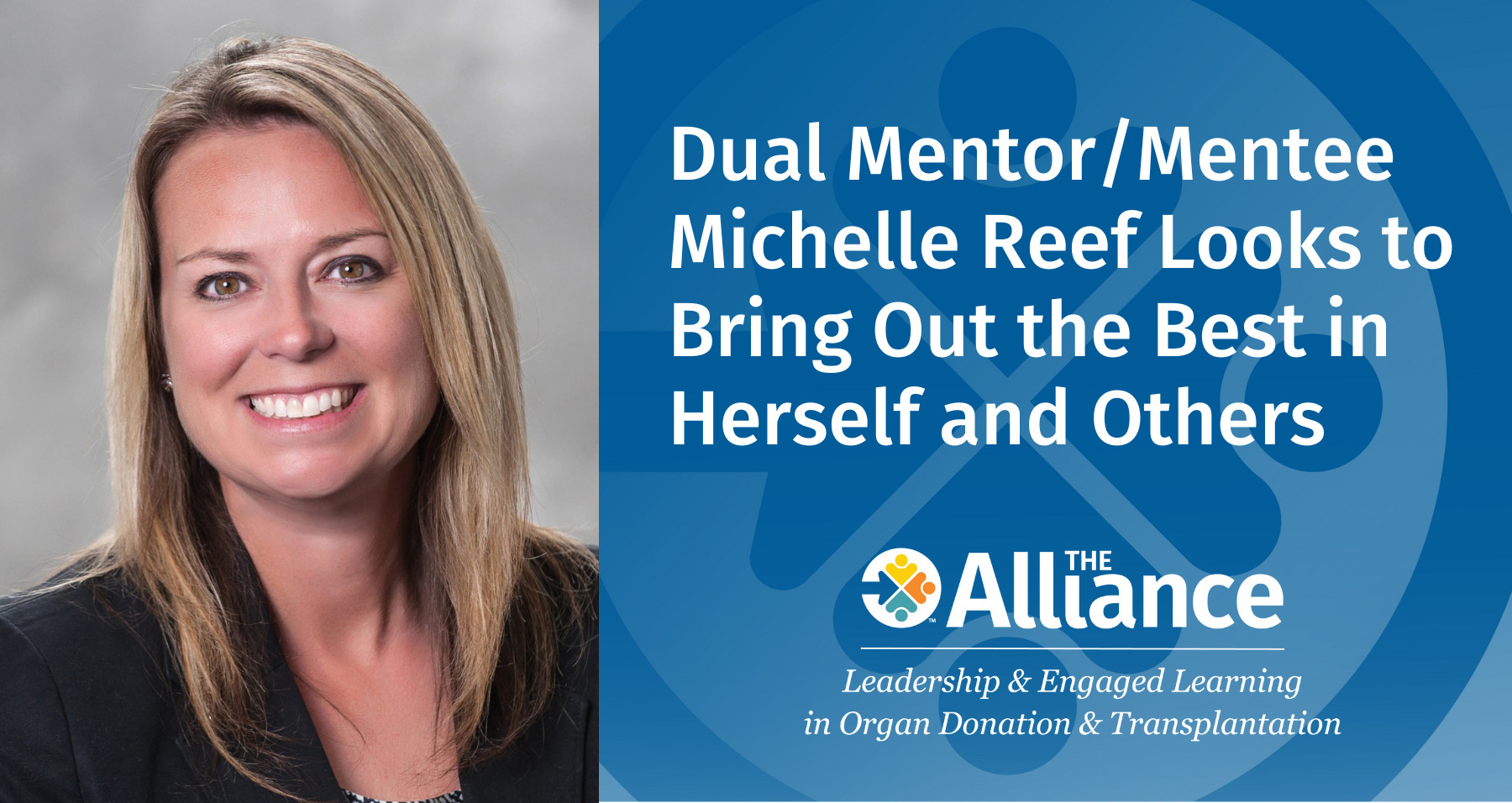