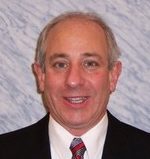 Barry Friedman attended Southern Illinois University; he graduated with a bachelor’s in nursing and a MBA with a minor in health care administration. He has over 30 years of clinical/administrative experience in health care. His civilian career in Critical Care and Solid Organ Transplantation began in 1984 as a ICU Staff Nurse in St Louis, Missouri. His military career began in 1976 where he became a commissioned officer in 1985 as an Aeromedical Flight Nurse. In 1986 he became an Organ Procurement Coordinator with Mid America Transplant. In 1991 he became a Pediatric Clinical Transplant Coordinator at SSM Cardinal Glennon Children’s Hospital at St Louis University and in 1994 became the Administrative Director. In 2004 he became the Administrative Director for Solid Organ Transplant at Children’s Medical Center, Dallas and in 2006 until 2012 was the Senior Administrative Director, Organ Transplantation Adult and Pediatrics at the University of Minnesota Medical Center, Fairview. As the Chief of Clinical Global Services for Minnesota International Medicine from 2012 -2016 he consulted in seven countries and two continents including organ transplant and procurement. Currently he serves as the Executive Director at AdventHealth Transplant Institute where he provides regulatory, administrative and fiscal oversight which includes chronic and end stage organ failure, solid organ transplant, and mechanical circulatory support programs.

Mr. Friedman has been an active member of the United States Air Force Reserves and has served most recently from February 2003 through August 2003 in Iraq during Operation Iraqi Freedom as Director of Operations for Aeromedical Services. He was decorated with an Air Combat Medal in January 2004. He retired from the United States Air Force Reserves in July of 2006 after 30 years of service.

Mr. Friedman has been an active member of the transplant community. He is a member of the American Society of Transplantation and has been active with the membership committee and was the Chairperson of Membership for the AST. He is a past President of the North American Transplant Coordinators Organization, NATCO. He has served on various committees including the Board of Directors of UNOS and the Eastern Missouri National Kidney Foundation. He also has served as the Transplant Coordinator representative for Studies in Pediatric Liver Transplant, SPLIT. He currently serves with UNOS the Chair of the Ad Hoc International Relations Committee.

Mr. Friedman has authored and co-authored several articles. He has organized and participated in several local and national and international transplant conferences. He has been dedicated and continues to lead the advancement of transplantation for well over three decades.