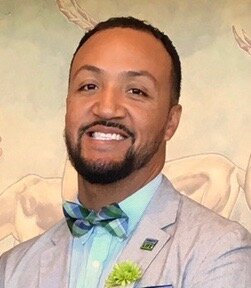 Michael Clay is the new Director of Family Care at STA. With almost a decade of experience at several high performing OPO’s across the country, he leads a committed team of compassionate donation educators who provide grief support and leadership to families whose loved ones have the potential to become an organ, eye and tissue donor.

Michael is a frequent speaker and content contributor at national conferences. He is a member of the Association of Organ Procurement Organizations (AOPO) where he has served twice as the Chair of the Donor Family Services Council. He is also credited as founding one of AOPO’s most popular national events, “The Authorization Summit”. In addition, Michael is an active member in the Association of Multicultural Affairs in Transplantation (AMAT) and American College of Healthcare Executives (ACHE).

Michael received his bachelor’s degree in Health and Human Performance from New Mexico Highlands University, where he was also an all-conference athlete on the men’s basketball team. Michael is the founder of BYC Elite Basketball, a nonprofit youth basketball program designed to serve “at promise” youth in New Mexico, Texas, and Southern Colorado.

Connections to the Cause