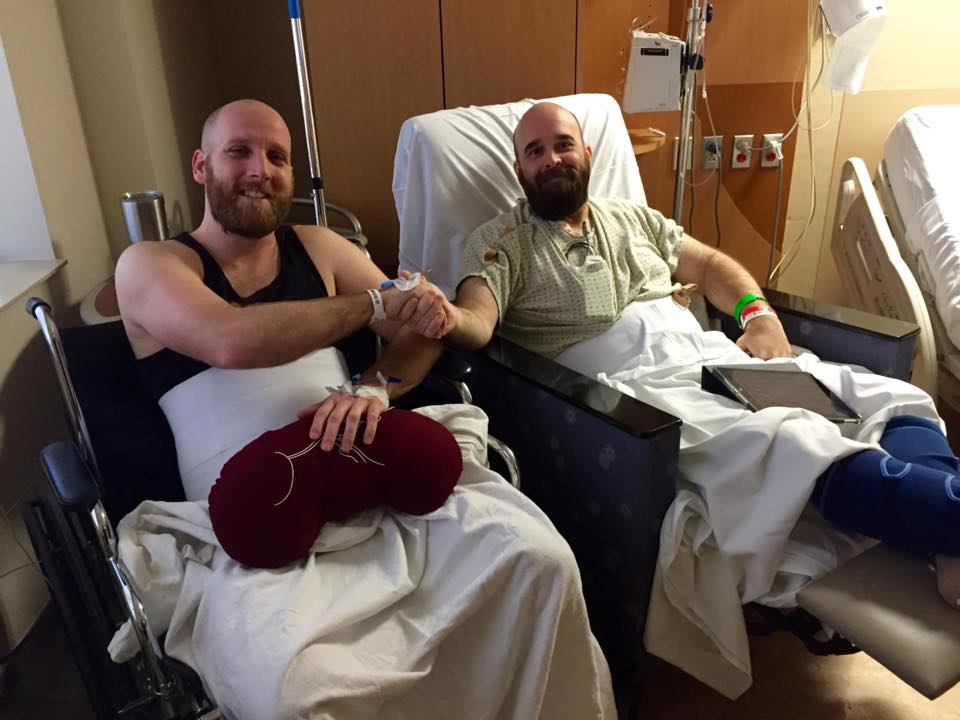 Organ donation had never crossed my mind. Except every four years whenever I would get my driver’s license renewed and they asked me if I wanted to be a donor. It was the end of July 2015 when I saw one of my childhood friends’ mother post on Facebook about her son needing a kidney transplant. She was asking if there were any people who would be willing to be tested to see if they could be a living donor. When I saw that post, I felt compelled to let her know that I would be tested to see if I was a match. I did this without consenting my wife first (bad choice!!). But after processing and talking through with her, we decided that I should be tested.

I knew with my initial blood test that I was going to be a match. I just knew. And I had a feeling that every test in the future would work out as well. I told my wife that I would be the one before I even sent off my first sample. And that is what happened!! All the tests through the next few months checked out. My friend and his family still had doubts about whether or not I would go through with it, which I suppose is natural, since I wasn’t a blood relative. But in the second week of February 2016, I arrived in Florida where he lived, as I had to travel there from Arkansas, where I live. Our families had dinner as we discussed the future for both of us. It was a fun time! On February 11th, 2016, I became a kidney donor to my friend. I gave my left kidney away!

Throughout the process, I knew that it was what I was supposed to do. I was confident, with no trepidation, sure that God put me here for a time such as this. I had been a pediatric oncology nurse at Arkansas Children’s Hospital for the previous 7.5 years prior to the donation but I remember thinking how cool it would be to be a transplant nurse. In fact, I didn’t even know that that was a position available in the healthcare field! Funny thing happened to me throughout the next couple years. As I continued on in oncology nursing, I was approached about a position to be a Kidney Transplant Coordinator at Arkansas Children’s Hospital! How cool is that?

After my donation process, I often said that if I had three kidneys, I would have donated two of them. It was such an honor and privilege to be a part of something that special. And now I get to do that as a profession on a daily basis. It has become a passion of mine, as I get to help children get transplanted, not just with a kidney but also with hope. I have had this job for 6 months now, and every time we do a transplant, it never feels like work. It is simply my purpose!

P.S. My wife often jokes that they didn’t even do a crossmatch on us when we were getting worked up. They simply looked at us and said…Yep, they look like a match haha. I am on the left in the picture, my friend on the right.